Aiming for the Furthest Place

How an Iraq veteran, wounded at twenty, has accepted the journey of living his life as an amputee

It was while on active duty in Iraq in 2007 that Sergeant Joel Dulashanti was seriously wounded. He was placed into a coma because of the mass trauma he sustained. It would ultimately take months for him to heal. The AK-47 rounds taken to his lower body, required an above-knee amputation. At only twenty years old, he awoke in a hospital recovery room to learn that his right leg was gone.

Now thirteen years later, having lived the majority of his adult life as an amputee, Sergeant Dulashanti credits acceptance as the reason he has been able to achieve so much and enjoy the life he has been given. He has jumped out of planes, biked with Soldier Ride in New York, experienced scuba diving and roller blading, ridden horses, hiked mountains and caves, and hurled himself over waterfalls. And he has done it all with a prosthetic. He speaks of a trip he took which motivated him to get to a place where he could live without being hindered by his prosthetic:

"I was on a trip to Spain and France early in my recovery from my injuries. I had plans to visit Madrid, Barcelona, Valencia, and Paris. I was active duty at the time so I filled out my leave form and planned accordingly. I was wearing a C-Leg at that point so I packed the appropriate chargers. On my way to Paris, I found out that a band called Snow Patrol was performing at the O2 Arena in London. I had some extra time, so after I got to Paris, I rushed to all of the must-sees, spent a day in the Louvre, hopped on the Eurostar traveling under the English Channel and went to the O2 for the concert. My two days in London were amazing, but what I didn't have was an adapter for the UK for my C-Leg charger. Not a big deal. It became a big deal first of all when I was running late to Heathrow International, second, when my leg died (I had to slow my walking because my knee was locked), and lastly, when I was strip-searched, eating up even more of my time. I missed my flight. Because I was on leave, I had to get back on time which forced me to buy the next plane ticket home. Long story short, wearing a microprocessor knee cost me close to $1,000 in additional airfare to get back on time. That was the moment when I decided there needed to be two changes to how I wore my prosthetic. First of all, I needed a leg that wasn’t encumbered by having to be plugged into a wall socket. Ever! Secondly, I needed to be able to wear that prosthetic at all times, including while I was sleeping.

I tried a lot of different prosthetics.... a lot! It’s the gifted luxury of being an amputee wounded in combat during the Global War on Terrorism. From the many, I found myself liking the ability to have a torsion adapter so that I could twist in relatively the same motion as my ankle. I also thoroughly enjoyed the Ossur Vari-Flex and the low-profile version. In the end, I liked a knee called the 3R80 by Ottobock. It was designed as a rotary hydraulic that has the ability to have the same sensitivity as a microprocessor, but it has the freedom of not needing a charge, and it can be exposed to water.

To this day I wear that knee. I wore it as a parachutist. I have one for scuba diving and many other activities including skating, cycling, and light running. I can hop in a pool, go to the beach, travel lines in security at airports, and sleep in it without the burden of multiple prosthetic legs.I've walked through blizzards, flown through a hurricane, survived driving through a tornado and am now crawling with babies. It's been fulfilling, and it's only the start of my life.

My words of wisdom to any amputee are the same to anyone else on a new journey in life: Aim for the furthest imaginable place, pack lightly but be open to how prepared you can be for the journey, then set off. If you are an amputee, your strength is greater than that of an able-bodied person. The depth of your character, the bank of your fortitude, it is worth your continual investment. If there is a bad day ahead of you, realize the fact that it's a natural part of your life now. The life you have now is what you’re getting back to. The human body was designed to have four extremities. Anything outside of that comes with a level of unbearableness. The key to living with it is acceptance. Acceptance is a major key to the success of living life in general. You need to settle into the fact that it's step by step, movement by movement. Expand as far as you can and settle into this journey for the long run". 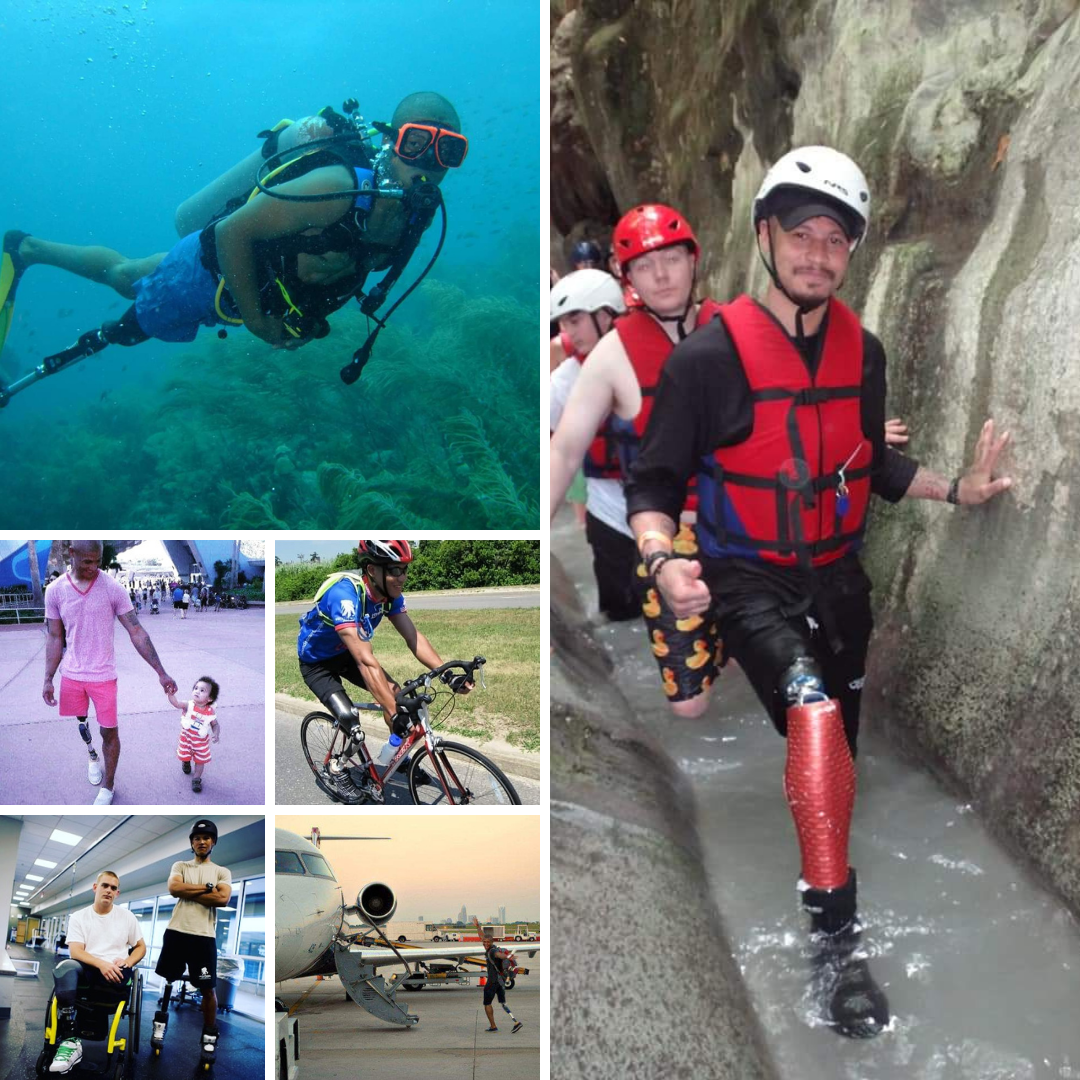